Dogecoin is taking off like a rocket headed to the moon. Can it hit one dollar and go beyond?

Dogecoin, a cryptocurrency that started as a joke, is setting the cryptocurrency markets ablaze. In recent weeks, Dogecoin has gained triple-digit percentages in market value and continues to increase as major celebrities such as Elon Musk and Mark Cuban invest millions of dollars into it.

Both Musk and Cuban have been very vocal on social media about Dogecoin. This has only helped to increase its market surge and drive consumer interest in the crypto. Even mainstream financial institutions and big media powerhouses like WSJ and Marketwatch are now taking Dogecoin seriously and also speculating on its velocity in the markets.

“The question now becomes, How high will it go?”

Let’s hear what Meet Kevin has to say—he provides a really good analysis on what’s going on and why.

Get Free Cryptocurrencies with Coinbase Earn

What’s the Big Deal About Dogecoin?

Quantum computers have tremendous potential to impact the cryptocurrency blockchains and the way we live, work, and play. 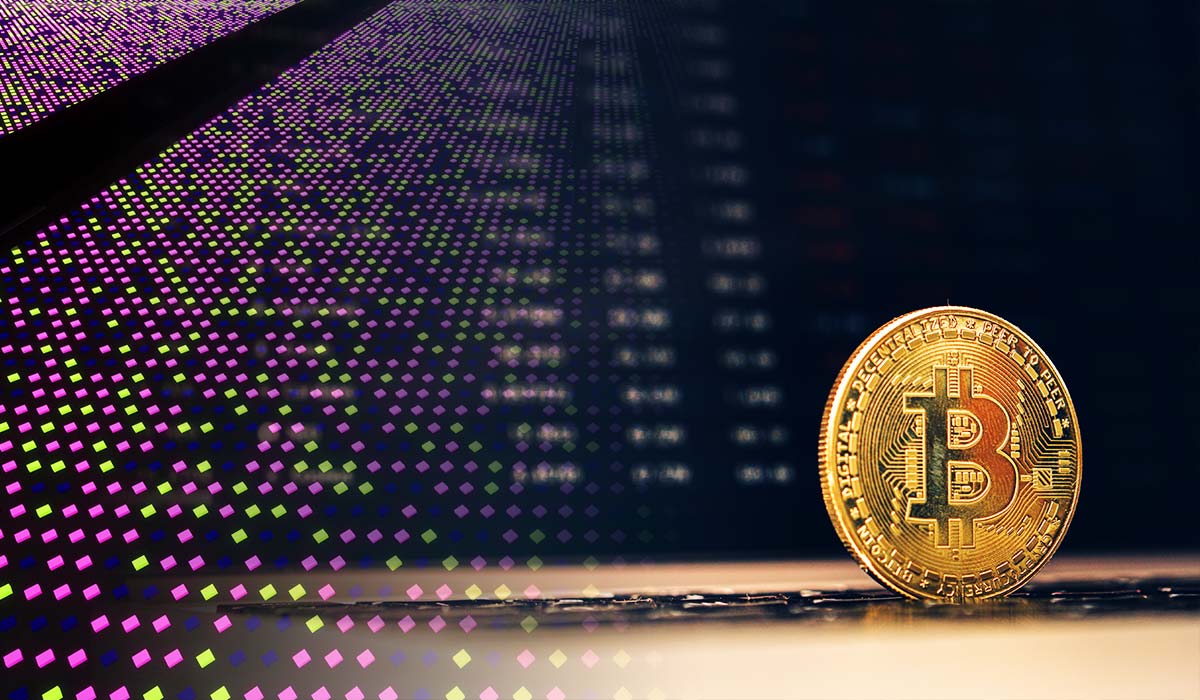 Quantum computers have tremendous potential to impact Bitcoin and any other cryptocurrency blockchains as well as the way we live, work, and play.

What is a Quantum Computer?

As the name suggests, quantum computing relies on the principles of quantum mechanics to perform calculations at an atomic level. Through the use of these principles, quantum computers are capable of performing tasks with unbelievable speeds that would take conventional computers centuries to process. 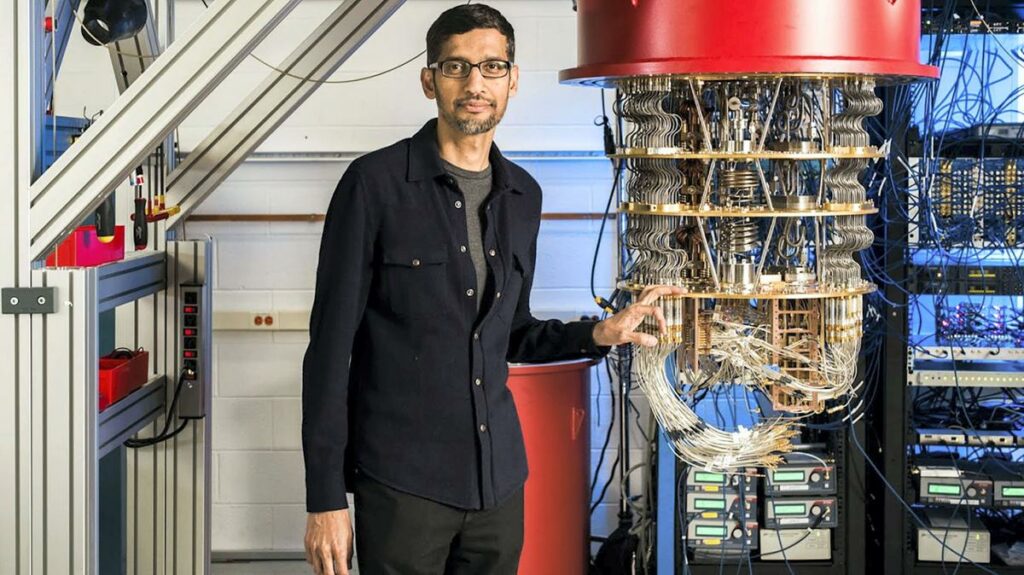 A quantum computer is made up of several qubits which can move around as both a particle and wave simultaneously. These qubits can be in multiple states at any one moment in time, unlike the binary system of traditional computers where each bit can be either 0 or 1. This means that many computations can take place simultaneously on one machine with quantum computing than in serial with traditional computers.

What is the Bitcoin Blockchain and how does it work? 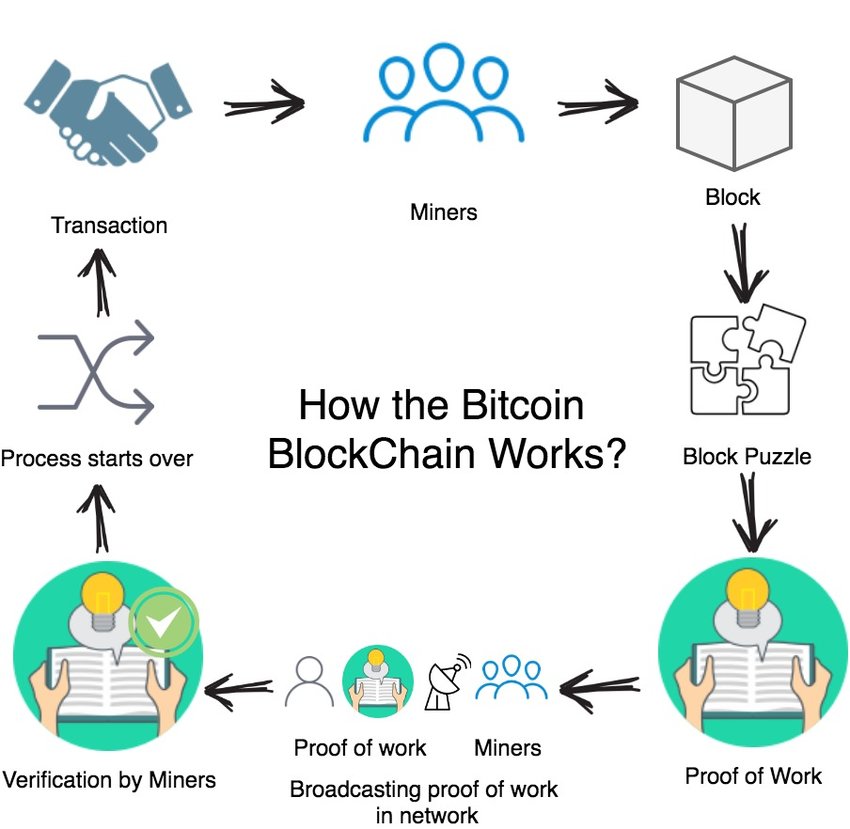 Blockchain technology was created to support bitcoin transactions and it can be used for other types of transactions. It has a lot of advantages that are not present in traditional transaction methods such as credit cards. It serves as an open, shared, and distributed ledger that can be easily accessed by anyone on the internet.

Blockchain provides a decentralized platform where people can make transactions quickly without intermediaries or central authorities. All you need is the public key address which you can find in your browser’s URL bar or from your wallet’s public address.

How can quantum computing jeopardize the Bitcoin Blockchain?

Since the beginning, strong encryption has been used to secure internet transactions, private messages, and data by encoding the information in a way that can only be decoded using a complex mathematical equation. The strength of encryption is often measured by how difficult it would be to break the code. The blockchains that are the core foundation of Bitcoin and all cryptocurrencies rely on mathematical encryption ciphers to ensure the transactions and data communications are secured.

Industry professionals, as well as bad actors, have been trying to find a quick and efficient way to crack the most complex encryption ciphers for years, but there has not been any progress in the field until now.

A quantum computer may be able to solve these math problems much faster than a traditional digital one due to its ability to hold exponentially more information at once. This would pose a direct threat to cryptocurrencies and other digital services that support various industries.

Deloitte has an in-depth analysis worth checking out here: https://www2.deloitte.com/nl/nl/pages/innovatie/artikelen/quantum-computers-and-the-bitcoin-blockchain.html

Quantum computers are still a very new technology and are not currently available to the public. However, the impact they’ll have on our world will be tremendous, and directly change how cryptocurrency, banking, private messaging, data storage, national security and trade secrets are handled.

What Are Non-Fungible Tokens (NFTs)

Ever heard of Bitcoin, Ethereum, and the various altcoins? There’s a new cryptocurrency type on the block and it’s called a Non-Fungible Token or NFT for short. 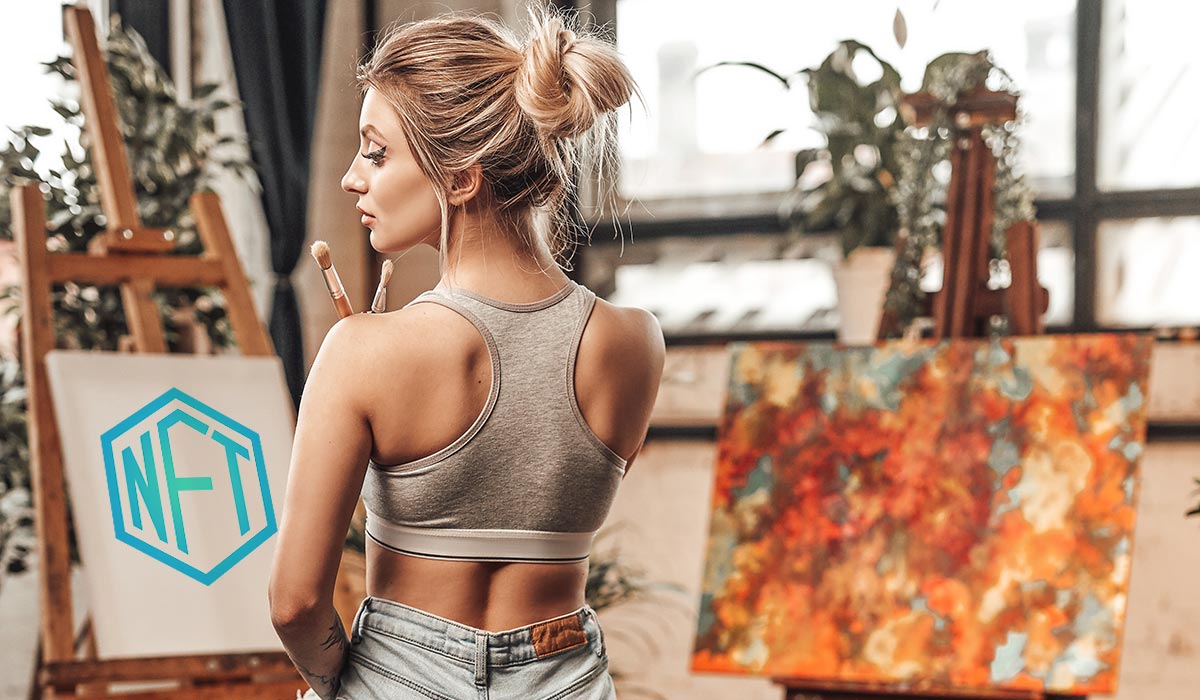 Ever heard of Bitcoin, Ethereum, Litecoin, and the thousands of altcoins that make up the cryptocurrency world? Well, there’s a new kid on the block and it’s called NFT or short for Non-Fungible Tokens. If you’ve been following the cryptocurrency space in the last few months you know what I’m talking about. For the uninitiated, get ready to be rocked.

What Is a Non-Fungible Token (NFT)?

Non-fungible tokens or NFTs are cryptographic assets on blockchain with unique identification codes and metadata that distinguish them from each other. Unlike cryptocurrencies, they cannot be traded or exchanged at equivalency. This differs from fungible tokens like cryptocurrencies, which are identical to each other and, therefore, can be used as a medium for commercial transactions.

How Are NFTs Used?

The distinct construction of each NFT has the potential for several use cases. For example, they are an ideal vehicle to digitally represent physical assets like real estate and artwork. Because they are based on blockchains, NFTs can also be used to remove intermediaries and connect artists with audiences or for identity management. NFTs can remove intermediaries, simplify transactions, and create new markets.

In fact, in the last several months there have been several large art sales happening with the most expensive (at the time of this post) being the Beeple sale of $69 million. Yes, you read that right. As crazy as that might sound, the NFT marketplace is booming with some crazy digital art sales.  Here are 11 of the highest NFT sales.

As NFTs gain in popularity, so are the amount of NFT marketplaces growing in numbers. According to the guys at Influencer Marketing Hub, these are the top 10 Marketplaces for buying and selling non-Fungible Tokens (NFTs):

NFTs in a Nutshell 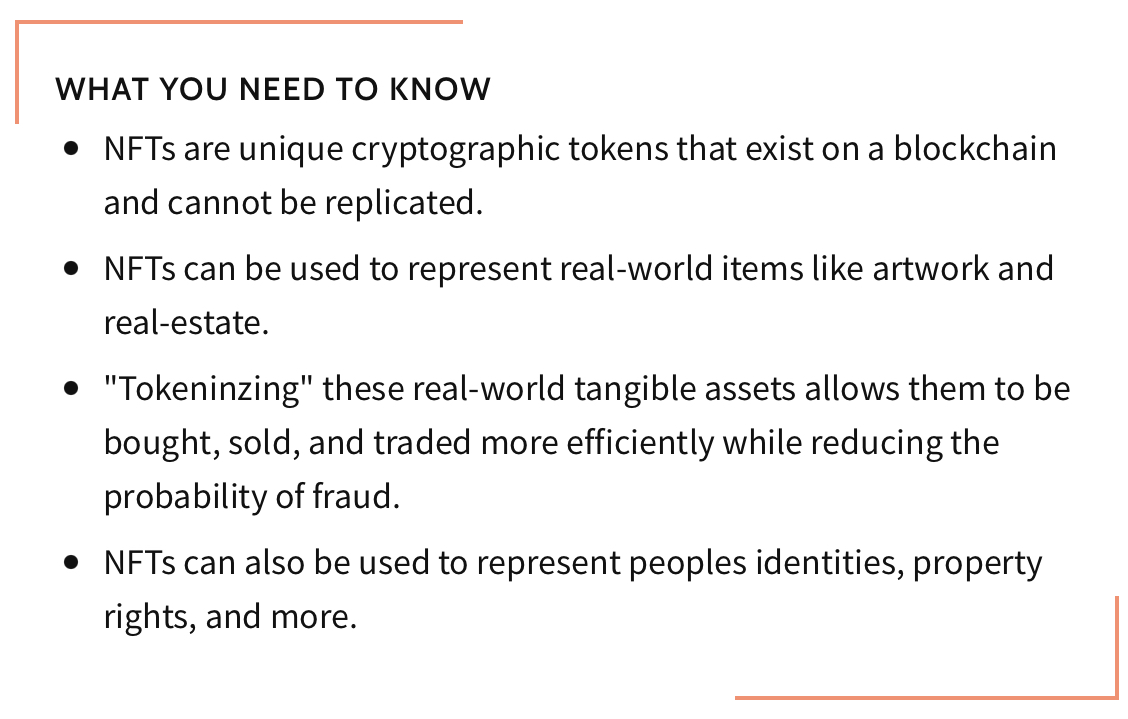 If you’re an artist or a digital media creator it wouldn’t hurt to try your hand at selling some of your artwork on one of the many NFT marketplaces. Who knows, maybe it just might be a life-changing experience with life-changing rewards.

Dogecoin On Track to Hit One Dollar

Dogecoin is on track to hit one dollar and everyone is excited. Mark Cuban himself has already stated Dogecoin will hit $1 and become a stablecoin. 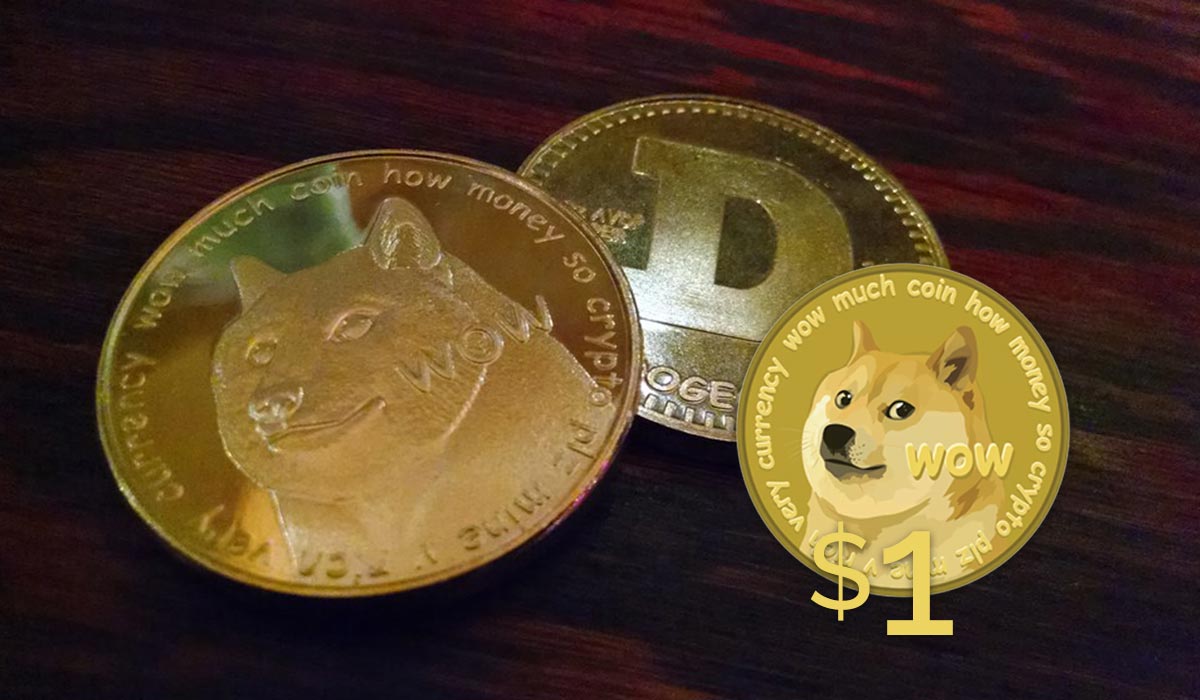 Dogecoin is on track to hit one dollar and everyone is excited. Mark Cuban himself has already stated Dogecoin will hit $1 and become a stablecoin. Even though Dogecoin started as a joke, no one is laughing anymore as its market cap currently exceeds Coinbase and many other companies publicly traded in the stock market.

Mark Cuban and Elon Musk have made it their personal mission to see Dogecoin hit the $1 mark and exceed it. If that happens, Dogecoin will dethrone Binance Coin and become the 3rd largest cryptocurrency in the world. Perhaps Elon Musk’s Saturday Night Live appearance will give Dogecoin the additional fuel it needs to blast past the $1 threshold? Let’s hear what Graham Stephan has to say.