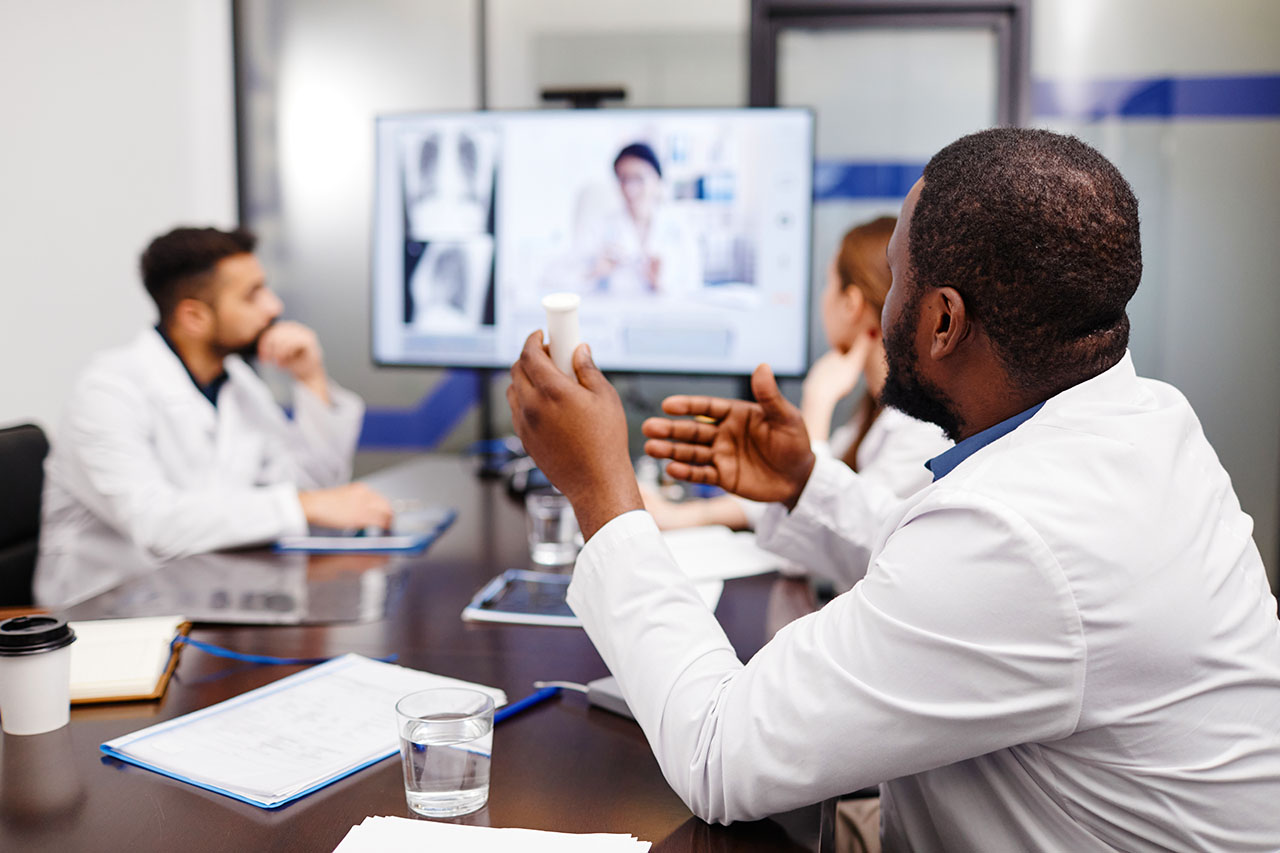 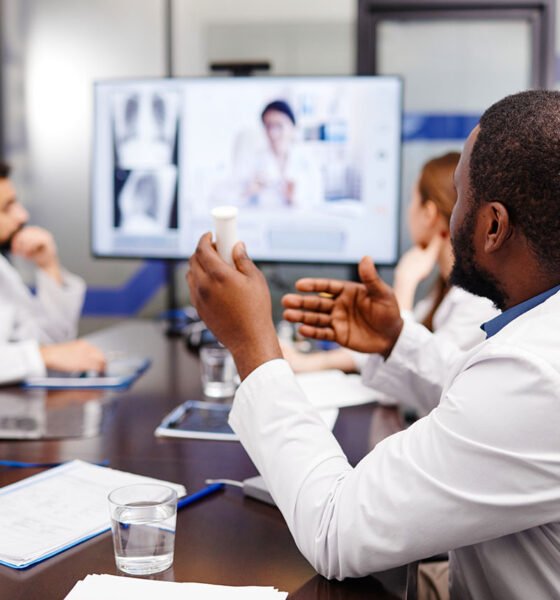 Discover 5 healthcare advances you can expect in the next 10 years. These technologies will revolutionize how we care for our health.

It’s hard to believe, but healthcare is about to experience another huge shift. In the next 10 years, there will be massive advances in technology and biotech that will change how we access and receive care. Here are five healthcare advances you can expect to become commonplace:

1. The dramatic increase in the use of AI

Artificial Intelligence is advancing at a rapid pace, so it’s no surprise that it’s finding its way into healthcare. On the macro scale, AI’s deep learning algorithms are scanning millions of health records to uncover disease trends and the most effective treatments. These will inform hospital and government programs on the best investments they can make to improve public health.

On the personal side, AI will surpass doctors’ ability to detect many diseases. Everything from reading patient x-rays to diagnosing mental health conditions will be done more accurately by machines.

This doesn’t mean we’ll all be replaced by robots, but AI will help free up doctors’ time so they can focus on more complex cases and provide better care.

2. The rise of virtual reality

Virtual reality is already being used for everything from training new surgeons to providing therapy for patients with PTSD, phobias and chronic pain. As the technology improves, it will become a more common approach to care.

One big advance will be using virtual reality as a tool for remote surgery. This will enable surgeons to operate on patients in other parts of the country or even the world. The first successful remote surgery was performed in 2001, but the technology has come a long way since then.

3. Telemedicine will become the norm

Telemedicine is already becoming more popular. In the next decade, it will become commonplace. This is because it’s more convenient and often more affordable than traditional in-person care.

We saw its benefits during the Covid pandemic lockdowns when hospitals were overloaded and in-person visits became risky. Health systems learned basic care could easily be handled remotely via a video call. AI also will begin monitoring these calls to help the doctor gather information like respiration rate, eye dilation, skin conditions and more to help diagnosis.

With advances in technology, you also will be able to consult with specialists from anywhere in the world and receive a broader spectrum of care. All without ever leaving your home.

Biotech Advances will Bring Care to the Genetic Level

The use of cutting-edge technology such as genetic sequencing and machine-learning algorithms allows researchers to gain new insights into diseases and create innovative treatments that were not previously possible. For example, through advanced sequencing techniques, doctors can now better understand how and why certain individuals are more prone to certain diseases.

Armed with with this knowledge, doctors will tailor treatments to a patient’s unique genetic profile, resulting in improved outcomes and reduced side effects. The potential benefits of these targeted therapies are wide-ranging, from new treatment options for rare diseases to more effective cancer prevention strategies.

Additionally, there has been much progress made in developing new diagnostic tools that can help clinicians better identify risk factors and disease markers, allowing them to provide a more targeted approach to care.

Overall, it is clear that technology and biotech advancements will continue to drive dramatic improvements in the healthcare landscape in the years ahead. These advances will not only make healthcare more effective and efficient, but also more accessible and affordable for everyone.

Our cars are about to gain the ability to drive themselves, but what does that mean for us as drivers and passengers? Should we be concerned with the physical limitations of a car’s occupants or should we just stick our heads in our phones and let the AI take over? 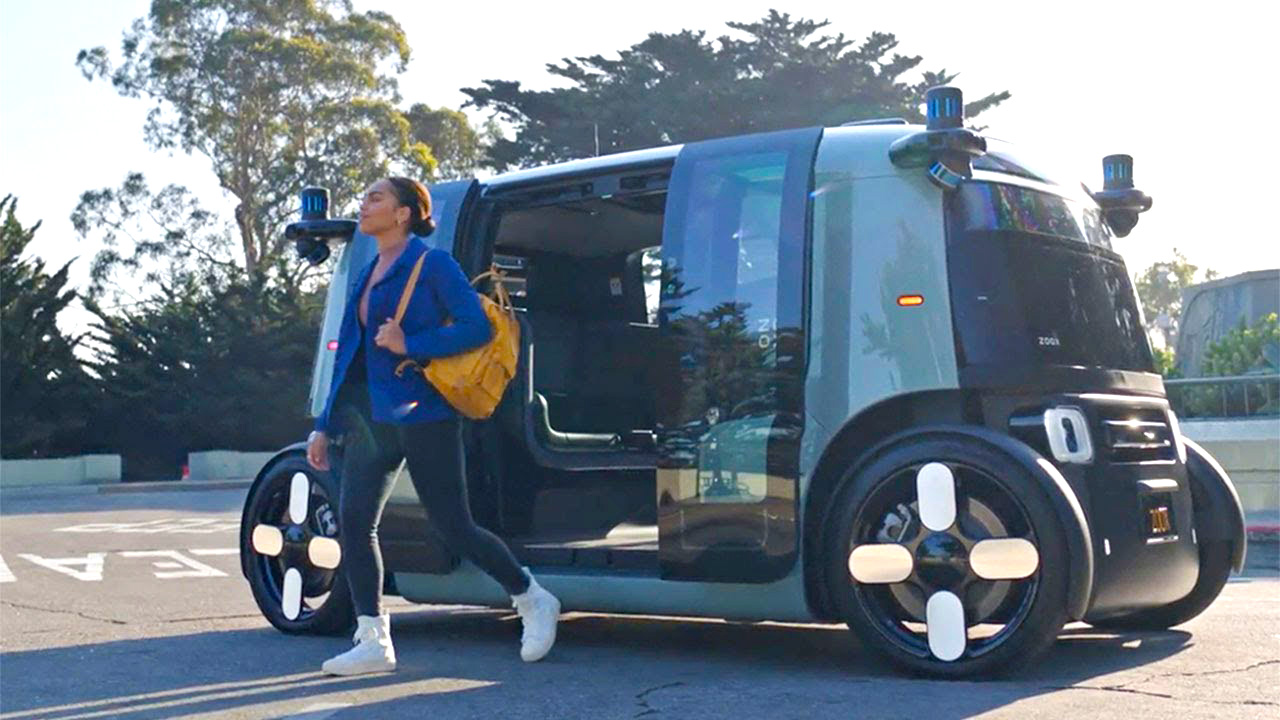 Electric vehicles (EVs) are becoming more popular with each passing day. Around the world car manufacturers are doubling down that the leading edge of the age of electric transportation is finally upon us.

But, are EVs really just robots on wheels? And, are consumers ready to accept our physical limitations to fully hand over driving–and by extension so many other tasks–to robots?

There’s an important question that must be answered about this technology. Are we ready to trust it yet? We’ve seen too many high-profile cases of self-driving cars getting into accidents, even if it wasn’t their fault.

To reach mass adoption, and thus larger investment and more rapid advancement of this technology, it needs to be better out of the gate. 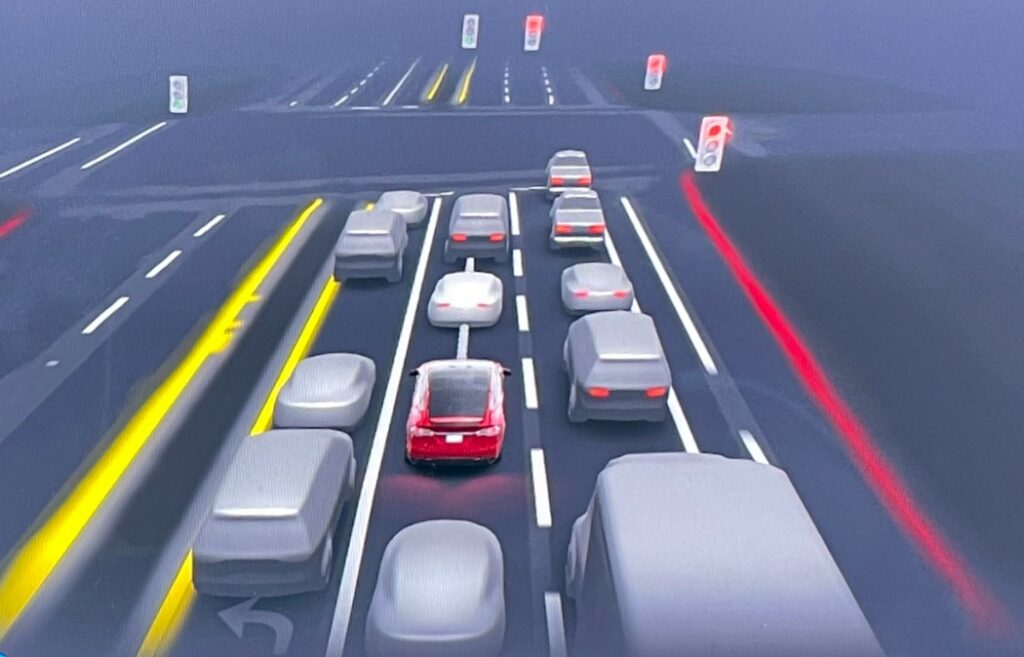 Public Acceptance is Half the Battle

Interestingly enough, we’ve all seen high-profile, self-driving car scenarios on YouTube where drivers were doing everything but paying attention to the road. Some were found in the back seat, others watching videos or having sex, still others were asleep as their virtual driver sped along.

None of these point to people not trusting the AI robot driver taking over the wheel. If anything, it shows too much trust at this stage. But with 1.35 million people being killed in car accidents annually around the world, the argument that humans—not robots—are better behind the wheel is getting harder to justify. 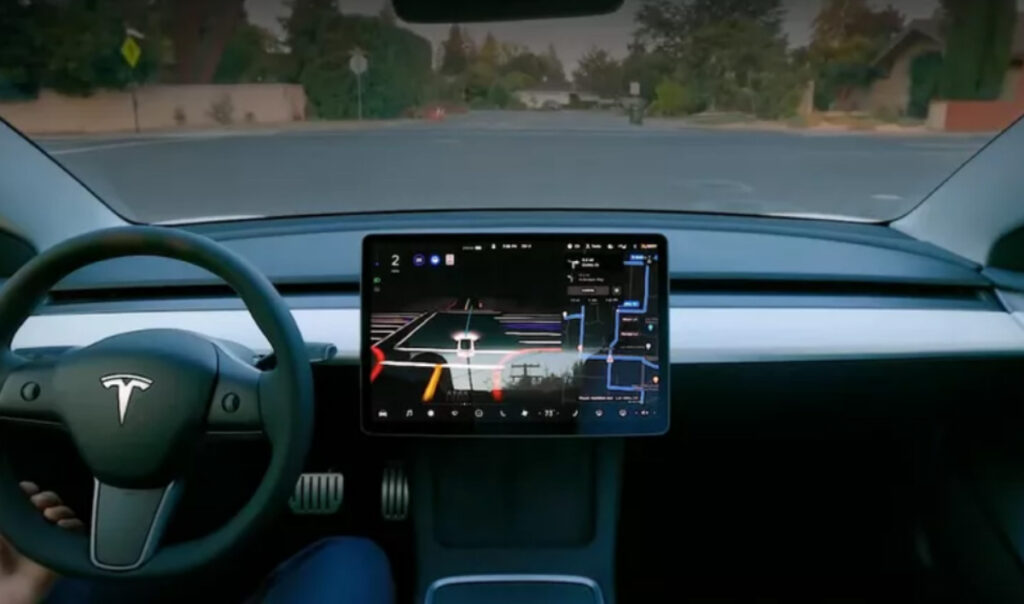 There’s a concept in robotics called the “uncanny valley.” It posits that as robots become more and more human-like in their appearance, people will have an increasingly negative reaction to them. The theory goes that we are hardwired for this reaction because it was beneficial for survival. If you couldn’t tell if something was friend or foe, your body automatically prepared for it to be harmful.

There’s a reason people reacted favorably to Honda Motor Company’s ASIMO humanoid robot. It was short, a bit cuddly and, by painstaking design, had a non-threatening face. It became the most recognizable robot in the world for more than two decades.

Then there’s Boston Dynamics’ famous four-legged robot Spot. The thing is downright creepy, especially when you see it open doors, walk up stairs or even run across a field. It’s too animal-like for comfort and our mind reacts accordingly.

At What Point do Cars Become Robots?

Today’s cars are not necessarily threatening, at least to the driver. To a pedestrian in front of one speeding along, however, it’s another story.

This can apply to self-driving cars. We are used to seeing cars as inanimate tools. But, when they become animate and start making choices for us that we probably wouldn’t personally make as humans, that’s where robotics integration with humans will get interesting. 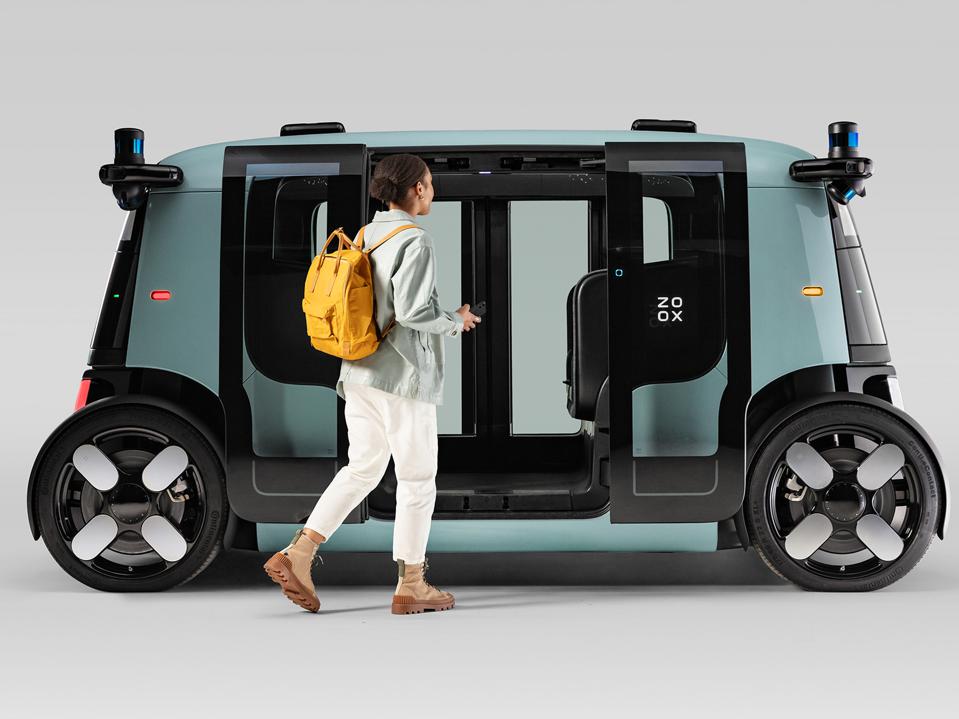 Will there be a day when sliding into the backseat of an AI-driven machine is as commonplace as catching an Uber or a Lyft is today? Some experts say yes, but it will take time. “People are going to have to get used to the idea that these things can drive better than we can,” said Sam Abuelsamid, principal analyst for Navigant Research. “It’s going to be a long road.”

As EV mandates increase, more self-driving technology buried deep in our cars will be waiting to be switched on by manufacturers and governments. It’s clear that road is getting shorter by the day.

As we hurtle into a new age of automation, what does that mean for the future of work? Tesla’s Gigafactory provides a glimpse. 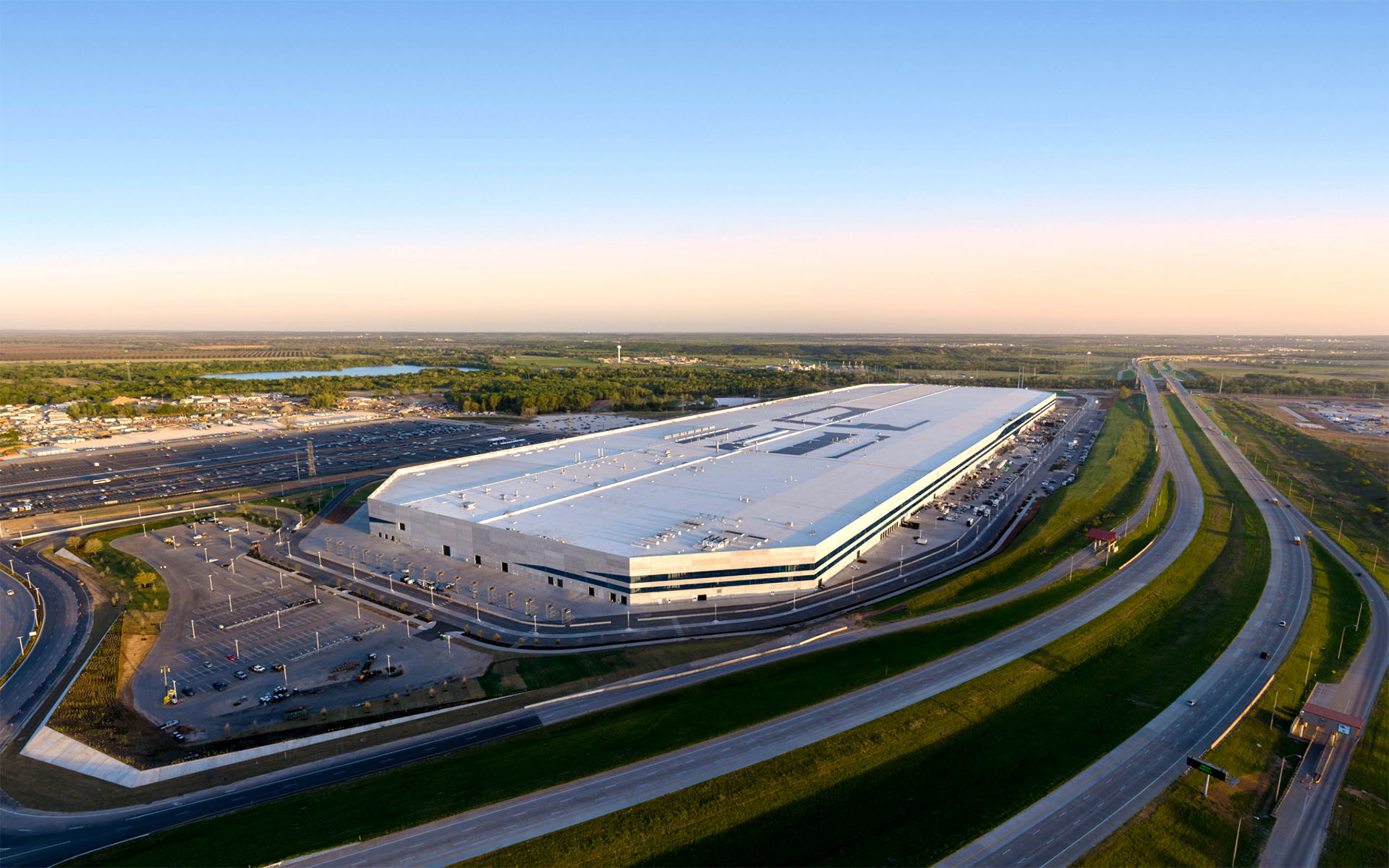 There’s a manufacturing giant in town, and it goes by the name of Tesla Gigafactory. This behemoth is a testament to the power of modern technology and robotics. With it, Elon Musk has shown that we are entering into a new age of automation. His factories utilize a host of cutting-edge robotics, all working together to create something amazing.

What does this mean for the future? Will we see more factories like this one, and will automation take over other industries as well?

About 5.3 million square feet of manufacturing and office space is housed at Tesla’s Fremont, California location. It has the potential to output 600,000 EVs, while the company’s Shanghai plant can reach about 1 million vehicles. These two factories, among the eight Tesla factories around the world, are currently the main manufacturing plants for the company.

But these large footprints are just the start. The real difference-maker is the number of robots working inside.

We’re not talking about a dozen or so bots here. Tesla has 700 cutting-edge robots on the factory floor in each of its two main plants. With this level of automation, it’s no wonder its Gigafactories have the potential to produce more cars with fewer people than traditional car manufacturers. 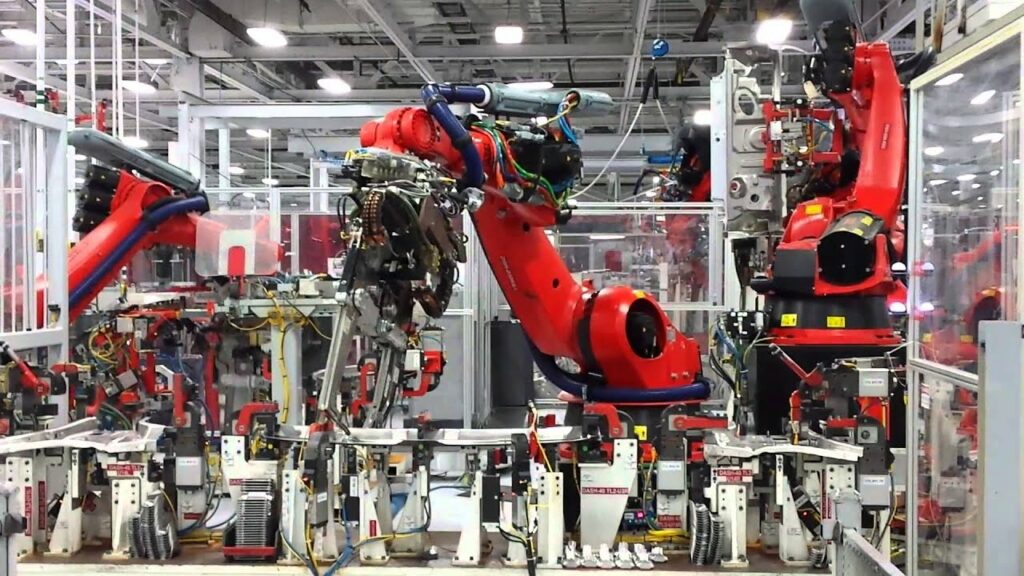 As a newcomer to the entrenched automobile industry, Elon Musk approached automation as a blank slate. His goal from the start was to build the most advanced manufacturing facilities in the world.

Compare this to automakers with over a century of legacy manufacturing investment in facilities, processes, and labor. These can hold them back from making major leaps and investments into future technologies.

The level of automation employed by Tesla is what sets it apart from its competitors. Other automakers are quickly playing catch-up in the EV production war. One-by-one you see them announce huge investments in electric vehicle design and production. But they have a long way to go to reach the scale and efficiency of Tesla’s highly automated Gigafactories. 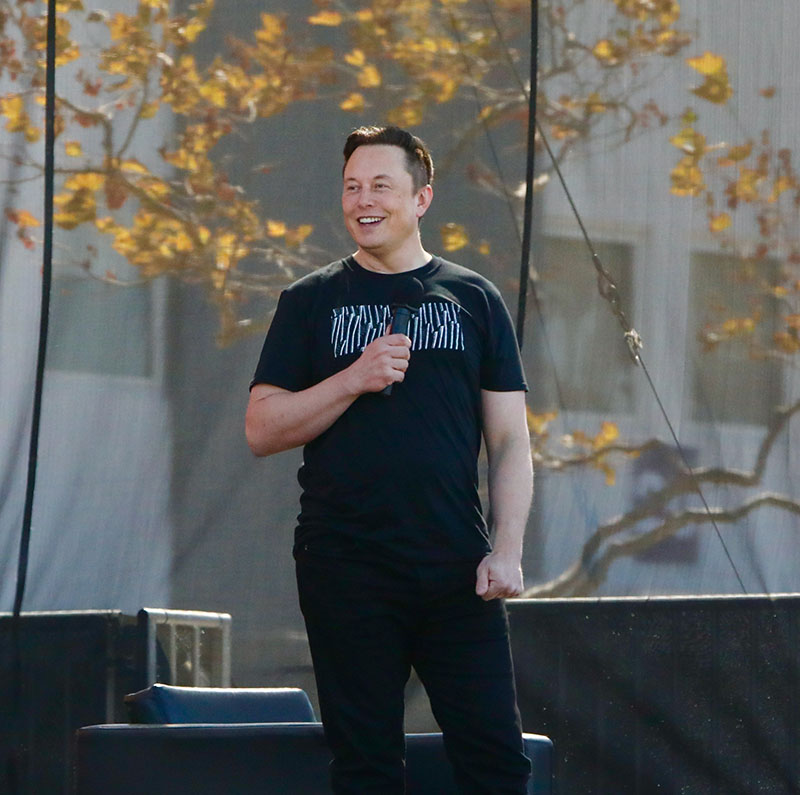 This is the future of manufacturing, and it’s only going to become more commonplace in the years to come.

What Does it Mean for The Future of Work?

More robots mean less need for human labor. But we’re a long way off from a self-sustaining factory that, anecdotally, needs only one person to make sure the electricity keeps flowing!

This revolution will force us to challenge our outdated views of what work means and the hours we spend doing it.

We’re on the cusp of a new age of automation, and it’s one that will change the way we work forever. Thanks to companies like Tesla, we’re moving closer to a future where robots, AI and humans will be highly efficient and effective partners in the workplace.

The question of whether or not Artificial Intelligence will take over the main functions of society is a hotly debated topic. Which prediction will win? 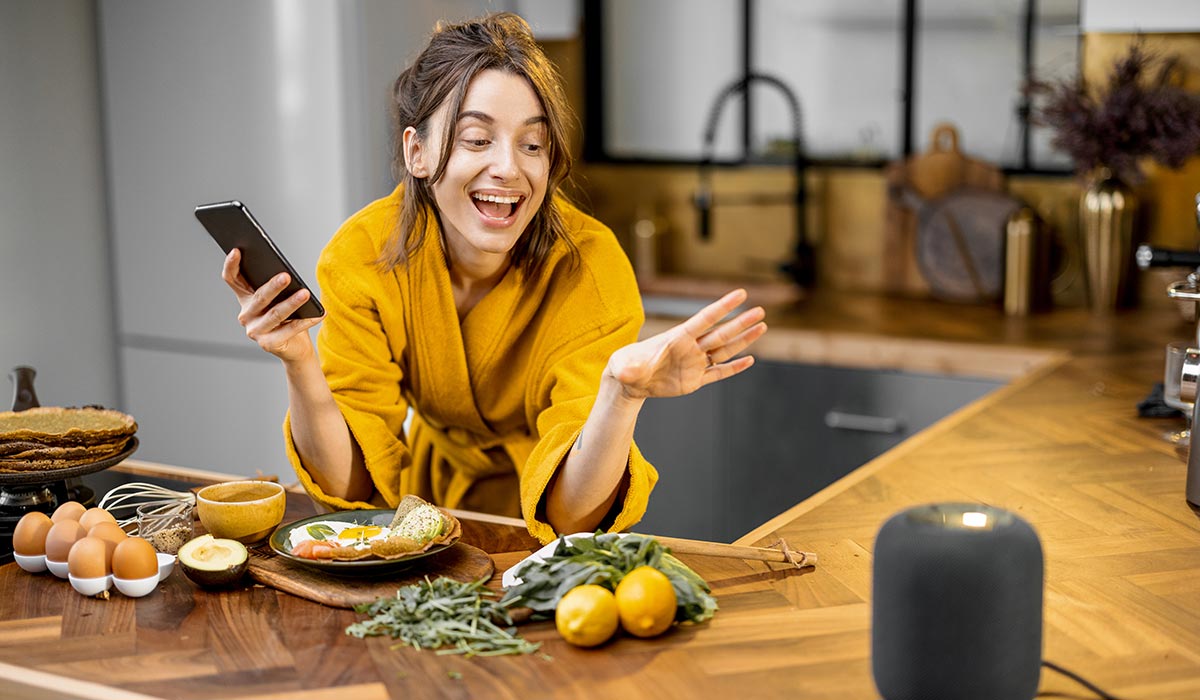 The fear of the AI takeover is not new. In fact, it has been a recurring theme in science fiction for decades.

What are the chances our machines will take over our society?

A study by McKinsey & Company forecasts that by 2030, AI will have a broad impact on roughly 60% of today’s work activities. Notable sectors with potential high job automation rates include transportation (70 percent), customer services (66 percent), and agriculture (57 percent).

The study finds that around 15 percent of jobs can be fully automated, but more than 60% of jobs could see some element of automation with the use of AI systems and machine learning. On the other hand, low-skilled workers are most vulnerable to job loss as these tasks are often based on processes that can be replicated and turned into digital algorithms.

The philosophical debate about Artificial Intelligence

Some experts argue that AI will never be able to replace humans and that it’s only a matter of time before we figure out how to get machines to do just about everything we need. Others say that computers will become so sophisticated that they’ll be able to think like humans, understand our emotions and desires, and even feel what we feel.

While some believe that AI can be used for great good and solve the world’s problems, others warn that AI could mean the end of humanity. There are many optimists and pessimists in this debate, and it is hard to predict which side will win. What are your thoughts?